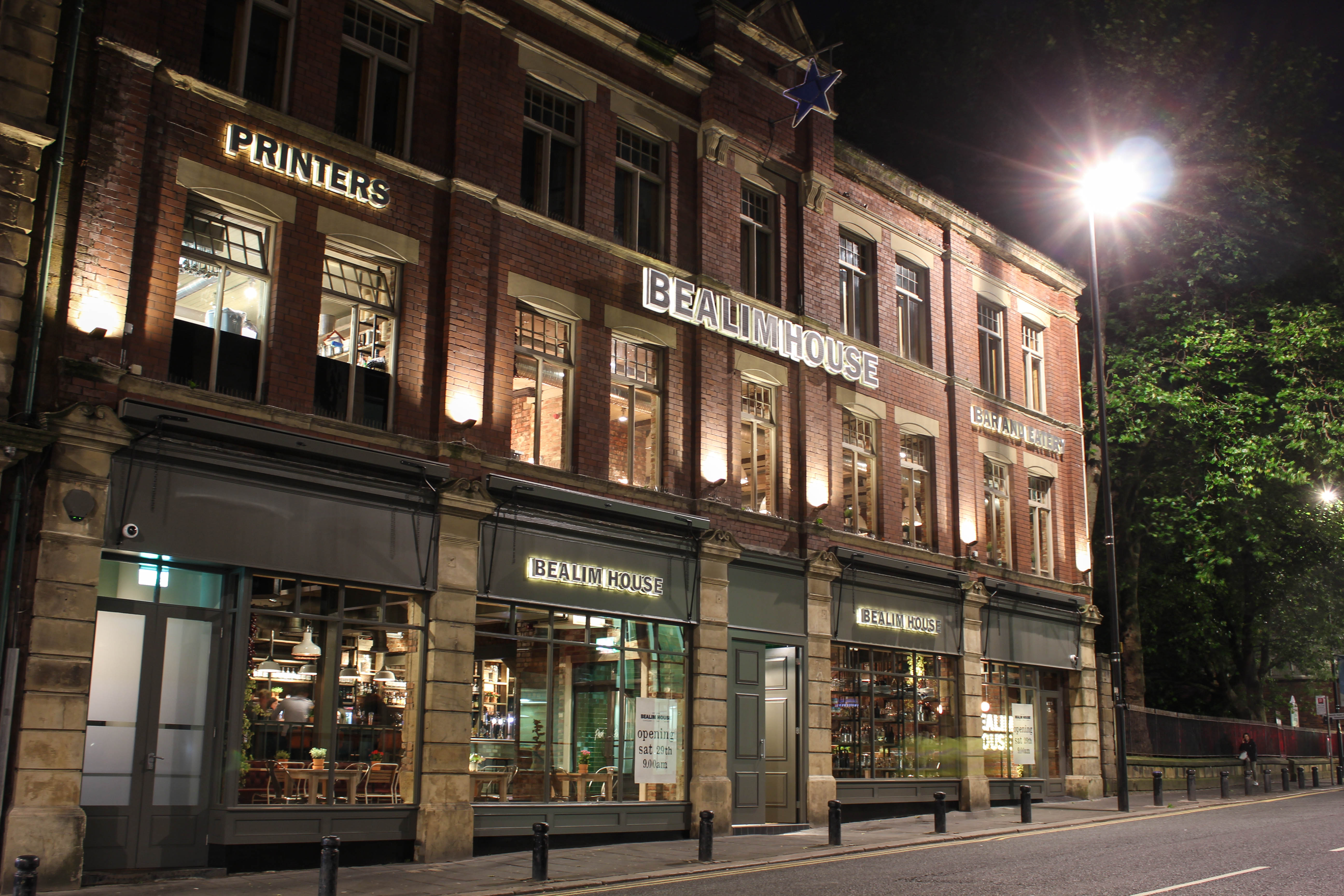 Bealim House has a vast and interesting history. Previously a print work named Beall Ltd, the business was founded by John Beall in 1896.

Due to family and personal reasons, John Beall Jnr and his son Percy Beall moved out of Bealim House in 1931 to a site on Stowell Street, Newcastle, to continue the print company under the name J&P Beall Ltd until the end of the Second World War.

At this time, the firm was booming and the pair outgrew their site on Stowell Street, returning to the original building and naming it Bealim House – an amalgamation of Beall Lim(ited).

From 1931 – 1945 Bealim House hosted other tenants included GB Carnegie electricians and Johnny Rankin cycle shop. The basement was also an air raid shelter during the war.

After 1945, the building was used for a number of functions including a sports shop owned by Newcastle United football player, Frank Brennan.

In 2000, Vaulkhard Group (formerly Fluid Group) bought the site, turning it into offices and popular sports bar, Fluid Bar and Kitchen. Now, the venue is still part of the Vaulkhard family and the bar has been renamed Bealim House, honouring the heritage of the building.